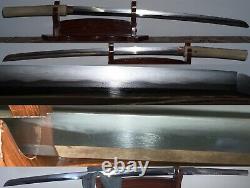 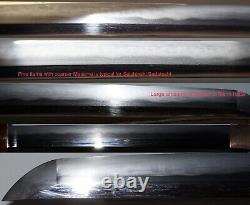 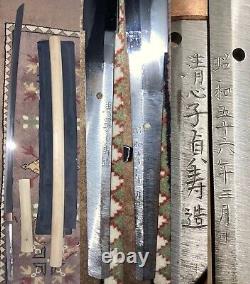 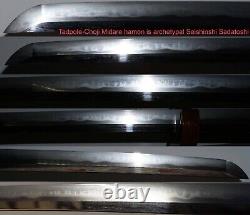 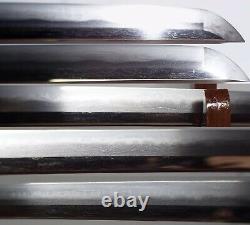 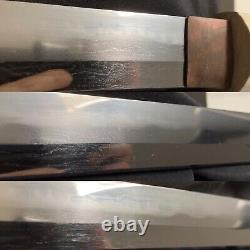 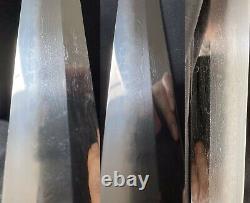 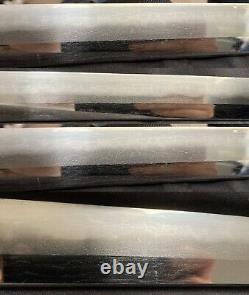 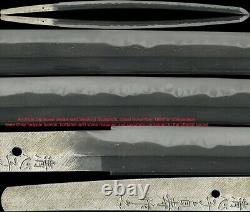 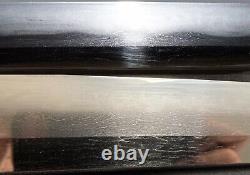 Perfect for both collectors and advanced martial artists. The sword in question is attributed to Seishinshi Sadatoshi (Kojima Hiroshi) born 1929, a student of the famed smith Kawano Sadashige, who himself went on to become a well regarded smith who won multiple awards at the Shinsaku Meitouten contest held by NBTHK. (Sanmei p1667 for a showpiece example of his work) and is designed along the lines of his simple but very functional swords for martial arts such as iaido. The choji midare hamon is bright throughout the length of the blade indicating excellent quenching and a functional blade, the hada consists of dense itame and some coarser masame folds, typical of the smiths work.

Nie is present throughout the ji, often being sufficiently bright as to form Yubashiri activities. No significant flaws are present and spots of coarse forging and very shallow spiderust marks from previously removed shallow surface rust are the only flaws present in this piece. The sword comes with a good Iaido grade polish. While cheaper than an art polish the hada and hamon are well visible. As characteristic with newer Japanese made Gendai and shinsakuto, the sword has the first few inches after the habaki unsharpened, indicating that it is a healthy sword, likely on its first polish and has many polishes left in it. Due to its age -predating the 1989 end of the Showa Period- the sword is classified by the most commonly used reckoning as a Gendai work, not a shinsakuto (Nagayama, Connoisseurs Book of Japanese Swords). Nevertheless, it exhibits the enlarged proportions, increased length and niku seen with robust shinsakuto, along with a high Shinogi making it well suited to tameshigiri. The sword comes with a simple Shirosaya and Habaki along with a strap equipped koshirae bag useful for martial artists. All in all, its a fine Japanese made blade by a well regarded smith at an excellent price! Guaranteed to be a traditionally made Japanese sword. The item "Long Gendai Japanese Katana Seishinshi Sadatoshi 1973 Gendaito Nihonto 71.6cm" is in sale since Thursday, July 29, 2021. This item is in the category "Antiques\Asian Antiques\Japan\Swords".